The worship service of the Indian Orthodox Church was introduced to the Valley of the Sun in the early 1990’s, as part of an Ecumenical Community. The first Divine Liturgy (Holy Qurbana) was celebrated in August 1995 by Rev. Fr. Yohannan Panicker at a private facility of a parishioner. Then after, the Holy Qurbana was celebrated at a rented facility, which coincidentally turned out to be the same facility the parish owns today at  2137 E. Yale St., Phoenix, AZ – 85006. This venue was rented out for about eight months, back then, and later the venue was changed to Gethsemane Lutheran Church, Tempe, AZ.  Rev. Fr. Yohannan Panicker served the community once a month until March of 1998. Yohannan Panicker Achen was later substituted with Rev. Fr. Sabu Thomas until June of 2003.

From July 2003, Rev. Fr. Philip Abraham, the Vicar of St. Mary’s Orthodox Church, Los Angeles, had graciously agreed to serve on a monthly basis. Rev. Fr. Joseph Kalapurackal also served the community for a short period in 2005 as a resident priest.

On January 11, 2006, a Kalpana was issued by Late and Lamented H. G. Mathews Mar Barnabas, Metropolitan and H. G. Zachariah Mar Nicolovos, Assistant Metropolitan of the then undivided American Diocese of the Malankara Orthodox Church, recognizing the community as St. Thomas Orthodox Congregation of India. Rev. Fr. Philip Abraham (Roi Achen) was appointed as the Vicar and President of the congregation. Worship was held twice every month from 2006 until July of 2009. Roi Achen served the spiritual needs of the community until October 11, 2008.  As one of the founding fathers of the community, he served as the Vicar and President since its establishment. He was instrumental in leading and developing this infant community.

On October 12, 2008, Rev. Fr. Slomo Isac George was appointed as the new Vicar and President of our congregation. The community was overjoyed to have a much needed resident Priest to lead the community.

Since there was a resident Vicar available, everyone had the urge for worship to be held on all Sundays and to celebrate all the feasts and sacraments. Holy Qurbana was celebrated on Saturdays at rented facilities. From July of 2009 until September of 2015, worship was held at the Knight of Pythias center in Tempe, AZ. The South-West American Diocese of the Malankara Orthodox Church was formed in June 2008 and our parish became a part of the newly formed diocese, under the guidance and leadership of H. G. Alexios Mar Eusebius. We had the honor of welcoming H.G. in July 2009 for the first time in Phoenix. On July 5, 2009, His Grace verbally elevated the congregation to the level of a parish after the Holy Qurbana. St. Thomas Congregation of Phoenix was officially elevated as St. Thomas Orthodox Church of India on August 03, 2009, with the declaration kalpana from H.G. Alexios Mar Eusebius.

With the hard work and dedication of the Vicar, Fr. Slomo George and the parishioners, the dream of having our own facility came true. Many people were very instrumental for the purchase and renovation of the church building and surrounding property.

On September 18th, 2015, the Diocesan Metropolitan H. G. Alexios Mar Eusebius consecrated the newly renovated church with the presence of Priests and Deacons of the diocese.

On May 15, 2016, Rev. Fr. Slomo George was relieved from his duties. Achen and his family worked tirelessly to build the community in Phoenix and achieve the goal of owning a facility.

Rev. Fr. George T. David (Shinto) was appointed as the new Vicar & President on May 20, 2016. From September of 2016, Achen and family moved to Phoenix as a resident priest and they have been serving the community since. 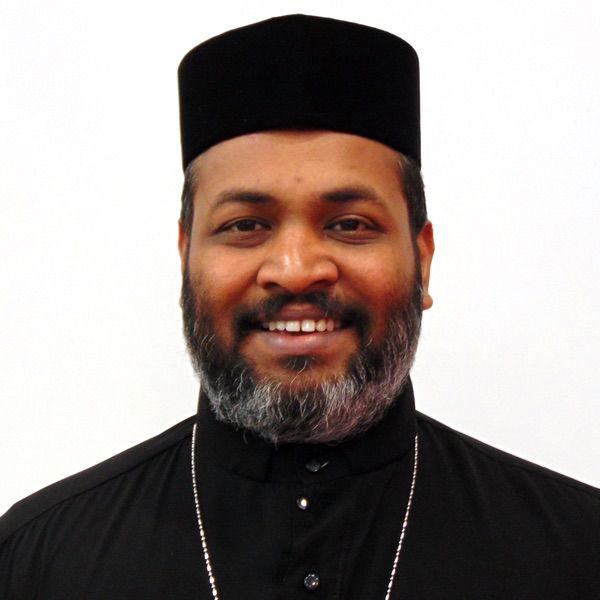 Testing Do not Use